My brother, Don Robison, from Robison Farms in central Indiana, has been doing a significant amount of research in our fields where we had our cover crop test plot in 2011-12. One part of the research that Don conducted was comparing compaction ratings in each different plot area and also in a check area.  In each plot Don did a number of compaction readings using a penetrometer.  He threw out any “odd” readings (like readings of 3.5″ deep) and reported the average of how deep the penetrometer was able to get.  He followed the directions from the penetrometer company to properly record the data.  The results were compelling…and interesting. 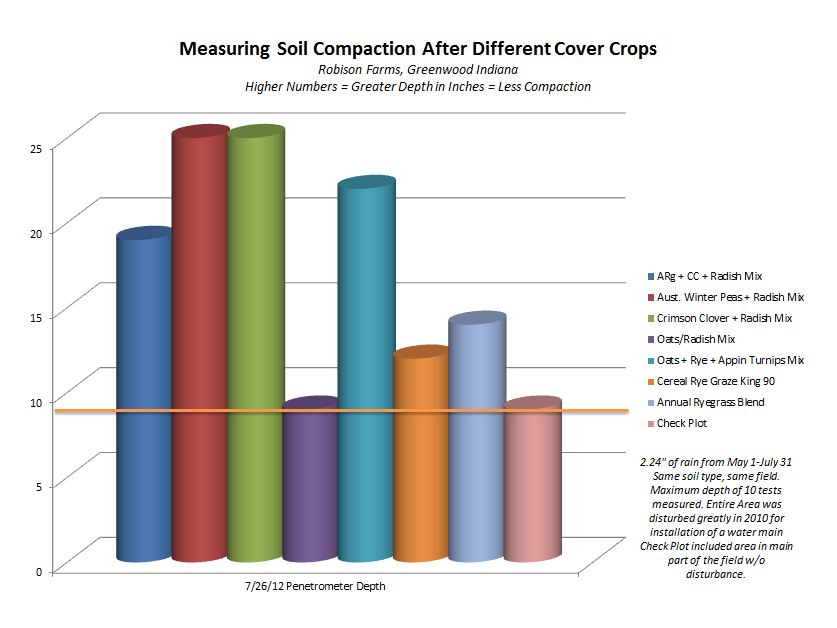 (The “Y” Axis on the chart above indicates inches deep.  The deepest the penetrometer would go is 25″.)